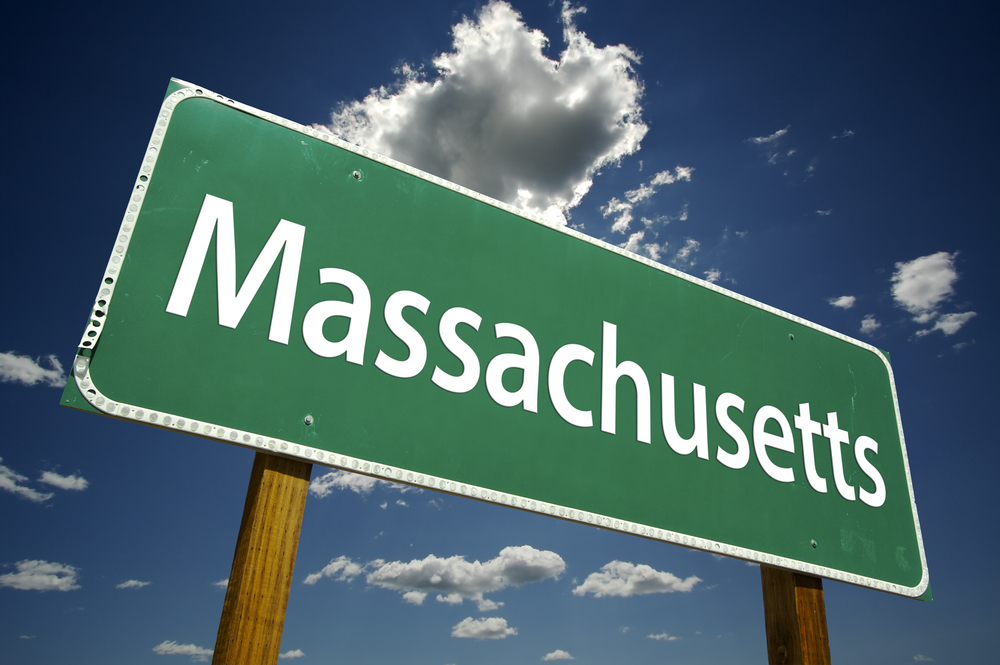 The decision to move to a new state can be challenging. You don’t have to do it alone! In this article, we’ve gathered information about Massachusetts to make your decision a little bit easier.

Moving to Massachusetts very well might be the best decision you ever make. It is truly a remarkable state and one certainly worth calling home. And, here’s why…

A brief overview of the state.

Massachusetts is a small state located on the East Coast. It sits nice and cozy between Vermont, New Hampshire, New York, Connecticut, and Rhode Island. As of 2018, the state had a population of nearly 7 million people with 80% of its residents living within the Greater Boston Area. While it is fairly small in size, it is one of the most densely populated areas in the United States, which offers both some pros and cons for folks like you considering making a jump there. We will touch on these pros and cons in the next section. But, first, let’s focus solely on the lovely aspects of Massachusetts.

1. You will earn the summers… but wow are they beautiful.

If you can figure out a way to weather the cold winters in Massachusetts, you are in for one of the loveliest falls and summers in the nation. The state as a whole enjoys very mild summers (where you don’t have to worry about sweating your bum off every time you step outside). And, in addition to these mild summers, Massachusetts is known for having a stunning fall bursting with all sorts of beautiful vibrant Autumn colors. If you don’t believe us, do yourself a favor and quickly Google “Massachusetts Autumn”… try to not let your jaw drop to the floor.

2. Massachusetts is rich with interesting history… much of which you were never taught in school.

Unfortunately, when people think of Massachusetts they think back to the days in the classroom, nose buried deep in clunky history textbooks, doing their darndest not to fall asleep to their teacher’s lecture on American history.

Fortunately, while Massachusetts is certainly rich with history, most of it is much more interesting than any of the stuff we learned in school. For example, have you ever heard of the notorious bank robber and highwayman, James Allen?

Well, you should of because he was a complete and total bada**. Back in 1837, he was sentenced to death for his crimes. It was right around the time that there was a biography being published on his life in crime.

Before he bit the dust, his last request was that a copy of his biography be bound in his own skin and given to a man named John Fenno Jr., the hero who had accused him of murder. James Allen didn’t want to do this out of spite but as a token of respect. Allen considered Fenno the only man brave enough to stand up to him. Today, the book still exists and it can be found in the Boston Athenaeum Library.

The pros and cons of moving to Massachusetts.

Pretty seasons and history aside, Boston certainly has its faults. And, we’re about to tell you all about them, not because we like being hyper-critical but because we want you to be making an educated decision as you plan your jump to Massachusetts or wherever. Which, by the way, did you know we can help with that? Anyway, we will take a break from the good stuff for just a moment and talk about the bad. Then, revisit the good because we want to end on a pretty note.

3. The cons of moving to Massachusetts… the winters, the potholes, and the traffic.

Okay, so while fall and summer in Massachusetts are lovely, the wintertime can be brutal. Not Game of Thrones brutal. But, brutal. Last year’s winter in Massachusetts was exceptionally rough with nearly 60 inches of snowfall and three major winter storms. Yikes. You’re tough, you can weather it. But, just something to keep in mind.

And, because of the brutal winters, potholes tend to plague the roads of Massachusetts, too. Something, again, you can weather… but maybe drive a truck or an SUV versus a Miata? Just a suggestion.

And, finally, since Boston and Massachusetts is one of the most densely populated places in the United States, be ready to battle some serious traffic. Fortunately, if you live in Boston, you probably won’t need a car to get around.

4. The pros of moving to Massachusetts… exceptional education, a great sport’s culture and world-famous seafood.

Fortunately, the pros of moving to Massachusetts far outweigh the cons. If you decide to make a jump to this East Coast gem, here are some wonderful things you can expect. Massachusetts is an intellectual hotbed, powered by some of the best universities and colleges in the nation. World-renowned institutions like Harvard University, Boston University, MIT, Tufts University, Boston College and Williams College.

And, for our readers who are book haters, the people of Massachusetts approach their sports with the same level of intensity as they do their education. The Bay State is home to legendary sports teams like the Boston Celtics, the Boston Red Sox, the Boston Bruins, and the New England Patriots. In other words, no matter the season, you will always have a team to cheer on.

And, finally, this goes without saying but… Massachusetts has some killer seafood. Whether you’re tearing into a buttery hot lobster roll or spooning down a bowl of creamy clam chowder, you will be in seafood heaven in Massachusetts.

Massachusetts sure sounds lovely. But, is it doable? You know… from a financial standpoint. In this section, we talk about money, opportunity and what it costs to live in Massachusetts.

5. The cost of living in Massachusetts compared to the average salary

We won’t sugar coat this. Living in Massachusetts, particularly Boston or Cambridge isn’t cheap. In fact, it’s rather expensive.

If you live in Boston, you should expect to cough up over $2,000 for a one bedroom and a mind-boggling $200,000 will buy you a 371 square foot home. In other words, unless you’re just racking in the dough, we recommend holding off on buying a home in Boston and perhaps just renting for a little while. This will give you some time to decide if Boston is right for you.

Fortunately, the state has fairly high salaries. The average salary in Boston is $71,000 and in Cambridge, it is an impressive $80,000. So, while you will certainly be paying an arm and a leg to live in the Bay State, at least you will be making a solid wage.

6. What does the opportunity look like in Massachusetts from a career standpoint?

Boston is often called the “Hub of the Universe” and for good reason… it is home to top universities, diverse culture, and a thriving economy. Massive fortune 500 companies like General Electric, State Street Corp and American Tower are all headquartered in Boston… and according to TechCrunch, the city’s startup scene is on pace to blow past NYC’s… that’s saying something considering the big apple is one of the hottest startup beds in the nation.

Venture investment in the Boston Metro area hit $5 billion last year. So, whether you’re looking to start a company or move up through the corporate ladder, you will have some pretty splendid options to choose from in Boston.

What are the best places to live in Massachusetts?

The Bay State is home to some beautiful small towns like Manchester-by-the-sea, Edgartown, Newburyport, Provincetown, and Lexington. However, if you’re making a jump to Massachusetts, we imagine you’re looking to move to a city… we recommend two.

7. If you’re moving to Massachusetts, you’ve got to do Boston or Cambridge.

We will sum these two cities up for you simply. If you are looking to take on one of America’s most iconic and largest cities, Boston is your obvious choice. It’s diverse, it’s stunning, it’s thriving and it’s rich with history.

With that said, if you want to be near Boston (but not in Boston), we highly recommend you take a hard look at Cambridge. At just a twenty minute drive from Boston, it’s a small city that offers great accessibility to its much larger sibling. Cambridge is a college town with both MIT and Harvard being located there. Unlike, Boston, it’s a bit more laid back, hip and perhaps warmer to newcomers.

Final thoughts on moving to Massachusetts.

Here at Bellhops, we are constantly moving people to and from places. We love what we do because we get to see how each state and city has its own unique personality, culture, and pace.

The city of Boston and the state of Massachusetts are a pair we’ve become quite fond of. They are as American as American gets and they seem to live up to their title… “Hub of the Universe”. While they aren’t for everyone, we feel confident saying there is no other place in the world quite like them. Anyway, if you would like to move there (or anywhere for that matter), just give us a shout.

By The Bellhops Team.

…Let us join your journey of getting your dream house!

Ana Roque is a Brazilian Licensed Realtor at Re-Connect, LLC with 16+ years of experience in the Real Estate industry.